Appointments can be made outside these hours for no additional fee

Please note I am not based at this address. Location withdrawn for security purposes

Check the map to see which areas we cover for Home Visits. If you are outside the red lined area then please contact us to find out if we can cover your area - most likely we can; however we may have to charge for travel 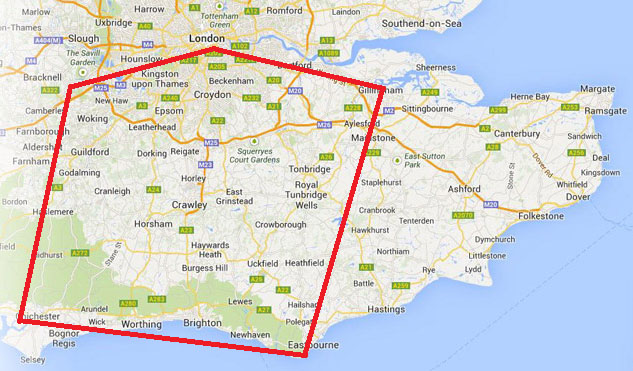 Why do I need a valuation?

A valuation is usually required for a number of reasons by professional bodies. For example, your Insurer or Broker may request one to confirm an items value for replacement in the event of loss or theft, or HMRC may require one to list the assets of the deceased. For which ever reason, a valuation is so much more than just a description and value.

In terms of Insurance, a valuation includes all the essential details and specifics of your item, including digital images which enables Insurance companies to find an adequate replacement or settlement figure. This is extremely important with vintage and antique items, as well as branded goods.

To learn about the different types of valuations produced, and why you might need them, please visit our ‘Valuations Types’ Page.

Why should a JVA Valuer undertake my valuation?

A JVA Valuer is either a Member or Fellow of The Jewellery Valuers Association (JVA), which is the only independent professional body in the UK and Ireland that oversees valuations undertaken by its members on Jewellery, Gemstones, Watches and Silverware.

The JVA was created out of the need for a totally independent organisation for Jewellery and watch valuers in the UK and Ireland, which would be run by valuers for valuers. The JVA aims to improve the level of valuations produced in these fields, promote good valuation practice to insurers and brokers, to educate the public regarding the importance of well researched valuations and to promote its members to the public. The JVA is recognised as the leading authority in this field, with many Insurance Companies now requesting that valuations provided to them are only undertaken by a JVA.

Becoming a member of the JVA is no easy task. It requires pre-requisites such as Diplomas in Diamond Grading, Gemmology and Appraisal Theory, along with at least five years valuing experience in the trade. Potential members then have their work assessed, and if they meet the strict standards of the JVA they are invited to join. It doesn’t end there, as members have their work peer reviewed on a regular basis to ensure they still reach the high standards set by the JVA and also undertake Continued Professional Development (CPD) to show they are actively keeping updated with technology, education and the trade. Members also have to adhere to the Principles of Good Practice put in place by the JVA. All this ensures that the valuation produced by a JVA Valuer will be to the highest standards, in accordance to the specified purpose and needs of the client.

How often should I get my jewellery valued?

This is a question you will need to ask your Insurance company.

In general, having your jewellery re-valued every three years is common practice, however I have known clients whose Insurance company required a re-evaluation every year.

To ensure you are correctly covered, ask your Insurer or broker about your policy.

What items should I get valued?

Again, this is a question for your Insurance Company. Some policies require you to specify items over a certain value; others have a cap on the total value of items listed; therefore, make sure you know what your Insurance company requires.

This may lead you to only have the items valued that meet the Insurance companies criteria (e.g. over a certain value). However, it is still worth recording any items you may have that are under this threshold.

Sadly, it is only when a client comes to claim on their household policy that difficulty arises with the lower value items. Insurers often want to see proof of ownership and worth (such as by a receipt of purchase), which in most cases the client no longer has.

For lower value items, we can offer a ‘grouped section’, in which we detail similar low value items together, for one fee. This ensures you have the items recorded on a valuation with a value, however it doesn’t cost you the earth to do so. See our ‘Fees’ page for more details.

How long does your service take?

We aim to book in an appointment to assess your items within one week, or another date which is suitable to you. We work seven days a week, and undertake valuations in the evenings to ensure we can work around your schedule.

After the appointment we work on completing the document which takes around three working days; however larger valuations or those undertaken during peak times will take longer. Once complete the document is then posted to you by Royal Mail Signed For 1st Class delivery.

Do I find out the value of my items at the appointment?

Typically, the answer is no. We pride ourselves on delivering the best service, therefore we take time to research all items fully to ensure they are valued correctly.

Why do valuers charge in different ways?

There are different methods employed by various valuers involved in charging for their services. These are the most common, and the reason to why we don’t charge this way:

As the valuer is charging a percentage of the total value of the goods assessed, this could lead to the valuer increasing the actual value of goods to increase his charge. This would mean your items are overvalued, resulting in an increase in your Insurance costs, and potentially difficulties further down the line when you are trying to claim. It also means you do not know how much the charge for the valuation will be until it is completed.

Why choose an Independent Valuer?

An Independent Valuer is exactly that – a professional that’s sole business is to value your jewellery, watches and associated items. An independent valuer does not have any affiliation to a Jeweller, Broker or Insurance company, therefore no vested interest in the value placed on your items. They do not purchase Jewellery and Watches, nor trade in them. It also means they have no other focus than assessing your items. At Crystal Clear Valuations, you will only find Independent Valuers, which is a member of the Association of Independent Jewellery Valuers (AIJV). To learn more about the AIJV, click here. 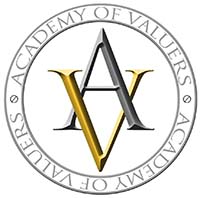 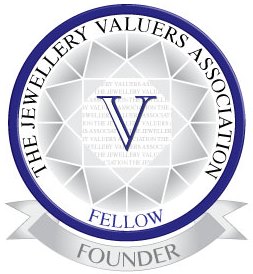 At Crystal Clear Valuations we like to keep up to date with new and exciting things happening in the jewellery and watch trade. See below for our latest posts, videos and blogs.

This is going to be a fabulous weekend! Cannot wait to hear what our wonderful journey our speakers take us on! ✨ #education #JVA #jewellery